Focus on outdoor education and DYW in Argyll & Bute

The education services of Argyll and Bute Council have been working closely with local outdoor education providers since March 2021 to support children and young people throughout the authority recover from the impact of the Covid-19 pandemic.

Originally, the providers worked with the secondary sector whose young people were learning from home and in some cases not engaging with school. These young people were offered a chance to carry out activities that were out with their normal comfort zone. Activities included: team building, fire building skills, orienteering, map reading and archery.

Following the summer holidays, the programme was extended to include EVERY school across Argyll & Bute, including those very remote, rural schools. Feedback on the programme has been positive from all involved, including parents, teaching staff and – most importantly – the young people themselves.

It’s hoped this partnership approach will continue in the future should funding allow.

Developing the Young Workforce (DYW) has also been high on the agenda for teams in Argyll & Bute who’ve found collaborating with the Northern Alliance’s resident e-learning school, e-Sgoil has many benefits.

Gaelic Medium schools across the local authority area have engaged with e-Sgoil’s DYW initiative and pupils have had the opportunity to work with industry professionals to learn new skills such as podcasting and starting their own business and to develop existing skills in relation to drama and filming. Pupils have also had the chance to hear about Young Scot and the offers available with the Young Scot card in a special session delivered through the medium of Gaelic.

Pupils in Sandbank Primary have had the chance to learn Spanish through the medium of Gaelic, as part of a six-week pilot project. It is hoped that other schools will have the chance to get involved with Spanish, History, STEM and other Gaelic Medium pilot projects in the new school term. 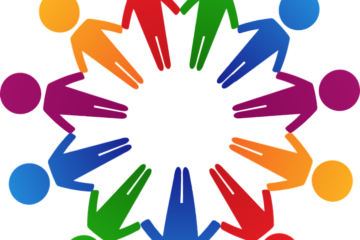 Would you like to know if the improvement you’re planning is making a difference? 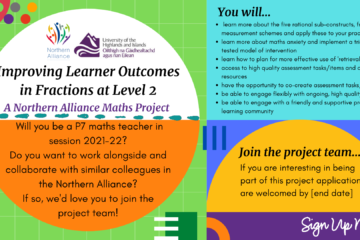 Be part of a collaborative effort to improve outcomes for P7s

A new maths project team is being pulled together to help improve outcomes for P7 learners. Would you like to be part of it? 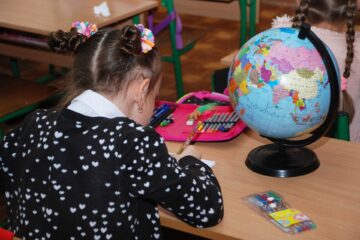 Our early years workstream lead officer is looking for young artists aged from P4 to P7 to design a background for a ThingLink.