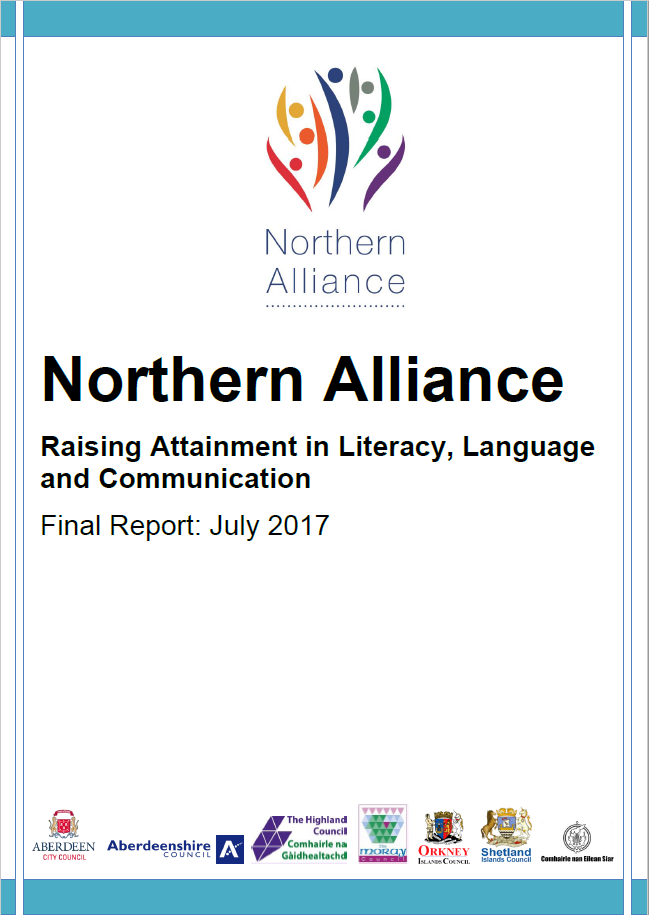 Across the seven Local Authorities within the Northern Alliance, ‘taking a developmental approach to Emerging Literacy’ has aimed to develop an approach which supports learners through taking a developmental approach to literacy. Emerging Literacy, an approach originally developed in Highland Council, has been further developed across the Northern Alliance to support cross-sector working, providing education practitioners with the development knowledge of Allied Health Professionals (AHPs) and Educational Psychologists, delivered in a classroom context. The rationale behind Emerging Literacy aims to ensure that the appropriate foundational reading and writing skills are planned for within early literacy programmes, ensuring solid foundations are developed as a fundamental component of early literacy programmes.

As part of the Emerging Literacy development across the Northern Alliance this year, we published an interim report on the progress made in December 2016 and March 2017. This report, July 2017, is the third and final report of the 2016/2017 session.

The Key Summary Points on pages 2 and 3 highlight:

The data collection from a sample of Primary 1 pupils across the Northern Alliance in September 2016, January 2017 and May 2017 has suggested the following outcomes for children:

The Key Recommendations on page 4 highlight:

This site uses Akismet to reduce spam. Learn how your comment data is processed.